Indians and French at work: differences… and similarities

Indians and French working together : in the current global business culture, it seems easier for French companies and workers to go to India, and vice versa. But once on the spot, ignoring local cultures and mentality make things much more difficult for all of them, even for firms and big companies.

Having worked in India, in the UK and now in France, Manish Shanbhag has observed many differences and similarities between the French and Indians at work.

What are the main challenges for an Indian when working with French people?

It has been the main challenge. When he started to work, Manish recalls : I remember my first working meeting. Everybody was speaking French, I could understand, but when it was my turn to speak, I started in English saying “I’m sorry, I’m not very fluent in French” and the meeting leader had said “Doesn’t matter, speak in French”. On the one hand and in retrospect, I thank him because in due course of time, I picked up the language. Otherwise, I would have never started. The first step is to overcome the hesitancy. However, on the other hand, when you are new in a company and learning the ropes, I felt it was important to exude confidence and convince people, which is extremely difficult to do in a language you don’t master. »

This problem is well-known by many French people working with India, according to Ashok Pakiam, a cross-cultural management consultant. “The French get panicky when they have to speak English. They fear to make grammatical mistakes, to have the wrong pronunciation. It is such a grind that they speak very fast, with a monotonous voice. As a result, they’re considered arrogant and cold. But no one would judge you upon your accent or your English. The most important is to communicate and do business.”

The management and control

“Of course, there’s lot of debate and discussion. But the French are well organized. It may be because the more they control things, the more secure they feel. If they lose control, they feel a bit lost”, Manish notices. “The French are more control oriented. They like to keep control, even if they need to forego a bit of business, but control is important and noticeable” he adds. This approach can create issues while working with Indians as they are similarly tuned, though less expressive as compared to the French.

« One of the main challenges I feel, for an Indian working in France is the visibly lower glass ceiling. While there are always exceptions to such a notion, it is clear from the fact that Indians still prefer to move to an Anglophone country for better career opportunities. Surely, there could be multiple reasons for this. It is hard to put one’s finger on a certain specific reason. The good trend however is that as many French firms become more and more international, they are ready to embrace a global work culture rather than a local one. I believe there is quite some distance to travel but the direction looks good. »

“In India, people may say “Yes we’re doing it at once”. The ‘at once’ can be immediately, or within 3 months, 6 months or even a year. Time is more flexible. On a lighter note, Indians remind Westerners of a proverb : You have the watch, but we have the time”. This concept of time increases the difficulty to understand each other.

And what about similarities between Indians and French ?

According to Manish, the French way of working is rather relationship-based. “You can establish a relationship with people. You become closer, even friends with colleagues, you can chat, go out together, be cigarettes buddies, etc which is different from the USA or in the UK, where such close relationships are not rampant. And this is very similar to what we have in India.” A relationship-based culture: you have to know personally the people you work or do business with.

For Indians and French, the ability to take risks is relatively low. Today, in India, because of the sudden rise of entrepreneurship, people are taking more risks in business. However, traditionally, Indians are low-risk takers, as in France. « There is a strong reason behind it. I believe that failure is perceived as something negative in both countries, not only in business ventures but also in academics, sports, arts and other areas. This fear of failure tones down a person’s ability to take risks. »

Indians and French are argumentative. To take a decision, there is a lot of debate and discussion. Consensus is considered more important than majority voting. Everybody has to come on board. If one person differs in views, you have to examine his/her arguments… And consequently, it takes more time to make decisions.

Hierarchy is important in both India and France. In many companies in India, employees do not have a great flexibility to take decisions and personal initiatives that are not greatly in line with the boss’s decision. In France, some researchers even reported the French obsession with hierarchy as one of the biggest obstacles for French competitiveness. As the global footprint grows for both Indian and French companies, hierarchies are getting flatter to ensure smooth functioning of business.

Graduated from Bangalore R.V. College of Engineering, Manish worked with Infosys in Bangalore and London, before doing an MBA at HEC Paris in 2006. “I chose France because it was a one year course and included 6 months of industrial training. It also provided an opportunity to learn French”.He did his industrial training in Bangalore as a supply chain manager, before going back to France, where he works with Alstom Transport as Methods and Tools manager.

Meanwhile, Manish has co-founded a social enterprise, Pankh Handicrafts Pvt Ltd, in Karnataka (India), which helps women develop durable skills in stitching, embroidery, etc. The women fabricate products and sell these products in the market with the help of Pankh Handicrafts. The objective is to provide means of financial independence to these women (and their families). 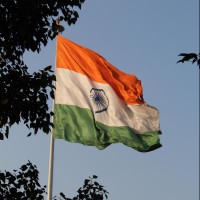